April is National Poetry Month, when we celebrate the world of poems and poets, including our very own Juliette “Daisy” Gordon Low. Besides being a skilled painter and sculptor, Daisy also wrote poems, like this one from her 1911 diary: 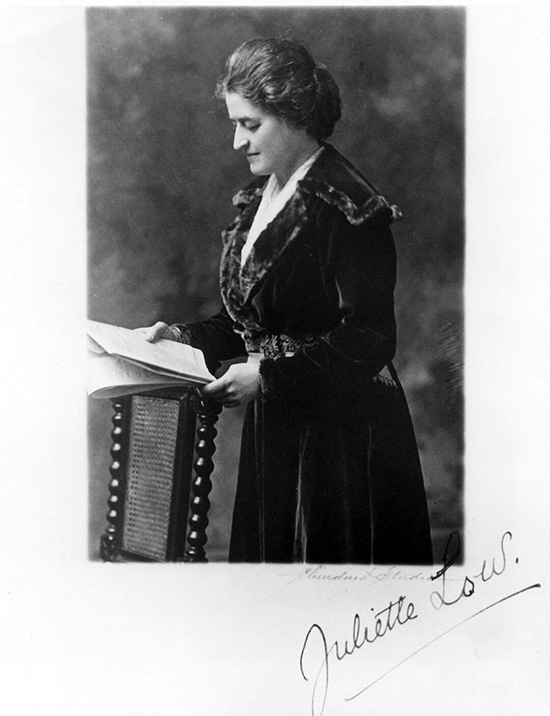 The road which led from you to me

How will you celebrate National Poetry Month? Here's six fun things to do with your Girl Scout sisters or on your own:

1. Read about Anne Bradstreet, the first woman to publish a book of poetry on GSUSA's Inspiring Women Timeline.

2. Practice your It’s Your Story, Tell It Journey storytelling skills by organizing a poetry reading at a local library, coffee shop, or community center.

3. Take part in Poem in Your Pocket Day! It’s simple: On Thursday, April 18, select a poem you love, carry it with you, then share it with your family and friends whenever the mood strikes.

4. Take it outdoors and write a poem in chalk on your sidewalk.

5. Create a group poem. On a sheet of paper, one person writes a word, folds it over to conceal it, then passes it to the next girl for her contribution. Make sure to agree on a sentence structure beforehand—for example: adjective, noun, verb, adjective, noun. Articles and verb tenses may be added after the poem is written.

6. You can even write your own poem! Try writing something short such as a Japanese Haiku which is a three line poem divided by syllables. The first line is five syllables, the second is seven and the third is five again. Traditionally, Haikus are about nature and different seasons.


"Dare to love yourself
as if you were a rainbow
with gold at both ends."
-Aberjhani

For some final inspiration, Birdsall Otis Edey served as Girl Scouts National President from 1930–1935, and was also a talented poet with several published collections to her name. Here’s something she wrote for Golden Eaglet Award recipients (now known as the Gold Award):
Lines to a Golden Eaglet
I would wish you the range of the eaglet’s eye,
The strength of his wings that your spirit may fly
Over all of life’s turmoil—your purpose held high.
I would wish you the courage to walk unafraid
Wearing proudly the symbol of your accolade.
Posted by GSCSNJ at 10:38 AM