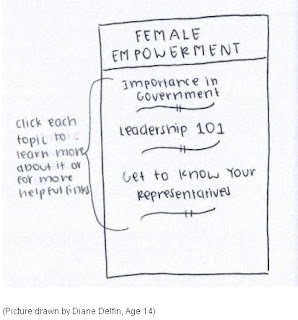 Anna Maria Chávez, CEO of Girl Scouts of the USA, will serve as a judge in the White House's Equal Futures App Challenge, alongside some great people like Jack Dorsey, creator and co-founder of Twitter, Representative Barbara Ballard, Andrew Shue, co-founder of dosomething.org, Senator Lisa Murkowski, and many more. Notable apps will be highlighted on the White House website and in the White House blog. For more on the challenge, go t ohttp://equalfutures.challenge.gov/

Individuals can submit their app on http://equalfutures.challenge.gov/ until January 12th, 2013 at 12:00am EDT.  Individuals whose app will be hosted in an app store must submit the app to the store by January 12th, 2013 at 12:00am EDT.  Individuals should submit screenshots or video of their working app as well as a link to the app itself.  Please provide continuous access to the app, a detailed description, and system requirements.
Posted by GSCSNJ at 9:18 AM